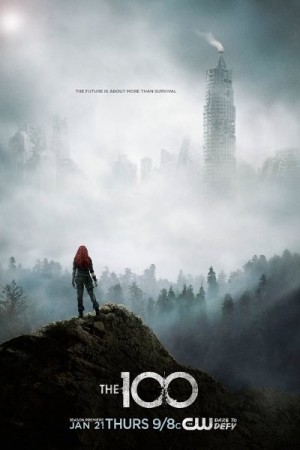 The 100 is an American post apocalyptic drama series focusing on a group of teenagers who become the first humans to scout the earth from a space habitat after apocalypse. The earth has been deemed inhabitable for some years now and the entire human race has vanished, either destroyed or exiled. The series is based on a popular novel of the same name and features some amazing science fiction tricks while remaining humane at its very core. The story deals with the themes of alienation; emptiness and hope as the leading characters, along with several others go on to find the remaining traces of life on the barren planet.