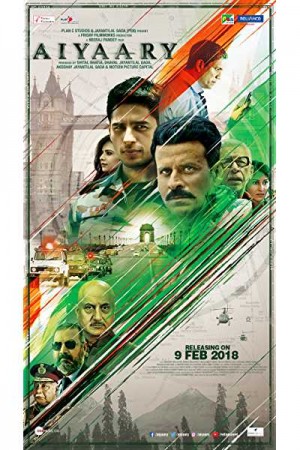 Aiyaary is an upcoming Indian political thriller movie directed by Neeraj Pandey. Aiyaary is the story of two Indian army officers, Colonel Abhay Singh and Major Jai Bakshi. Jai Bakshi is an honest Indian officer with a patriotic heart who treats Colonel Abhay Singh as his mentor and wants to be like him. But soon Jai finds out about the scams done by his superiors and realizes that he is in the land of thieves. In order to disclose them, Jai leaves the army and goes on a secret mission by himself and he finds Colonel Abhay Singh against him.