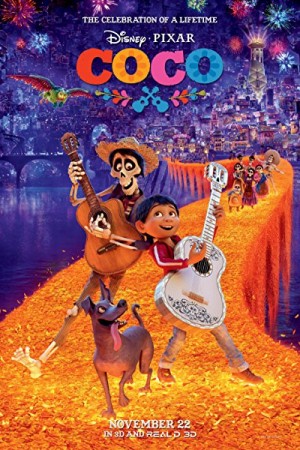 Coco is an upcoming American 3D animation musical comedy drama film, starring a young musician named Miguel. He wants to become a musician very badly but his family doesn’t allow him to play or learn music. It seems that they have this history of hating music since generations. Not accepting of the fact, Miguel rebels and finds himself in the Land of the Dead, mesmerising the citizens there with his impeccable talent. He also comes across a friend named Hector, and they both decide to embark on a journey to unlock the dark history of Miguel’s family.